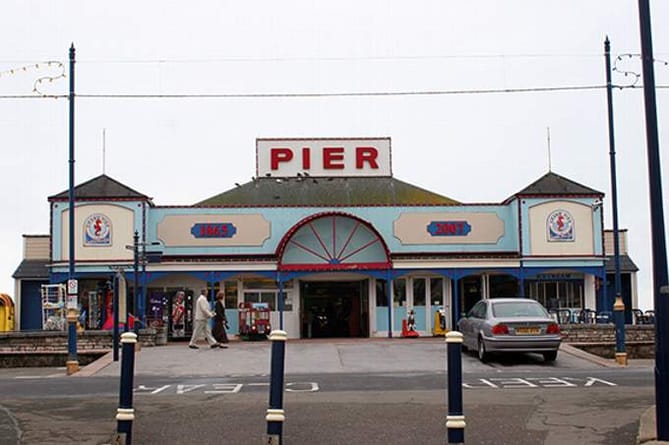 PLANS are in the early stages to find cash grants to revamp and regenerate Teignmouth’s iconic Grand Pier.

The ambitious formative ideas are looking at ways to help preserve the 150-year-old Victorian pier, one of only two surviving piers on the south west coast, while increasing its use.

One of the possibilities which may be considered is to create a landing area for pleasure boats and water taxis.

Teign Estuary Partnership is keen to find a landing site and has been looking at using the disused Morgan Giles stone piers at Morgan’s Quay.

Master of the Bowls

But town, district and county councillor David Cox believes the Grand Pier could be the ideal location.

The pier is under private ownership which makes it almost impossible to gain any form of grant funding.

But if a charity or Community Interest Company was formed to lease the far end, which already has permission for a landing stage, access could be available to outside funding such as the Government’s Coastal Communities or ‘levelling up’ money for historic transport.

This would leave the current owners, the Brennan family, who do not wish to terminate their private ownership, to continue to run the arcade side of the pier.

Built in 1865 by London engineer Joseph Wilson, the pier is constructed of cast iron screw piles, screwed into the sand down to the clay level.

Any new steel piling has since been driven 80ft down into the bedrock.

The current owners had planned an upgrade to the front of the pier but this work was delayed due to Covid. Since then, shifting sands, not included within the annual maintenance budget, brought new issues, exposing the foundations.

Cllr Cox believes the Morgan’s Quay suggestion for a landing area is ‘far from ideal’.

He said: ‘It’s not the most attractive part of town, the Teign estuary is difficult to navigate and it is dependent on tides.

‘The Grand Pier still has rights to have a landing platform at its end, public money could be used to pay for this without affecting the ownership of the Pier.

‘Grants such as the Coastal Communities Fund and the National Lottery could be used to pay for the landing platform and maintaining the pier.

‘There is Government funding to help seaside towns.

‘It would be much easier for pleasure boats and water taxis to embark and disembark passengers from the end of the pier. This would also bring passengers to the most attractive part of Teignmouth.’

Last summer the pier’s owners allowed Devon Props and Signs to decorate one of the sentry boxes at the entrance which was then used to provide puppet shows to entertain residents and visitors.

Cllr Cox paid for this from his Devon County Council community fund.

He hopes similar opportunities could come from establishing a group to help renovate the pier.