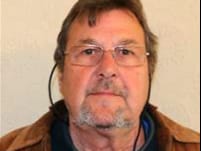 Councillor Charles Nuttall has been elected as the new chairman of Teignbridge District Council.

The politically neutral role involves representing the council at civic events during the year and presiding over full council meetings.

After taking his seat, replacing outgoing chairman Colin Parker, he admitted to finding the role ‘a bit daunting’ adding: ‘I’ve never done it before, so I hope you’ll bear with me as I stumble my way through it.’

Cllr Nuttall, who was first elected to the council in 2019, said he would announce his consort and charity for the forthcoming year at the next council meeting.

His new deputy Cllr Clarance, a previous chairman in 2012, thanked councillors for their ‘confidence in me.’

Reflecting on his year in the chair, Cllr Parker said it had been an ‘honour and a privilege, and I must say thank you to all members who have supported me.’

‘Probably the most poignant and memorable event was the planting of a tree in the grounds of Old Ford House on the Marie Curie National Day of Reflection [held on March 23], as a memorial for those who have suffered and lost their lives in the covid pandemic.’

He added: ‘You may remember that one of my wishes at the start of the year that was that we’ve all showed respect towards each other.

‘Things have been somewhat fraught on occasions this year, but I do hope that ongoing we can consider others in all our exchanges.’