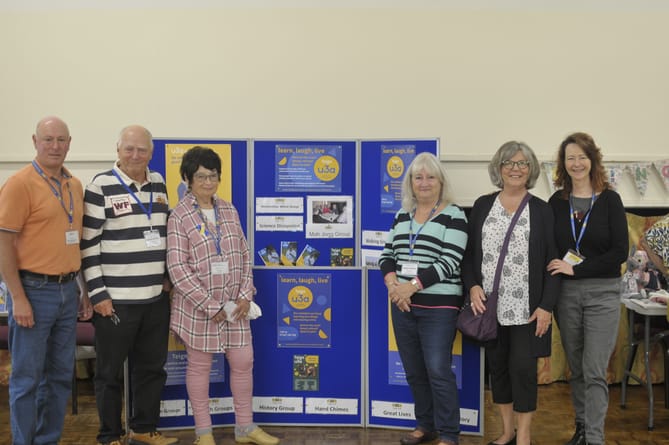 TEIGN u3a held an open day on Wednesday, May 18, at the Courtney Centre, Newton Abbot, in a bid to attract new members.

Gordon Aspland, chairman of Teign u3a, said: ‘It was a membership drive, an opportunity for new members to see the range of groups that they could join.

‘There is about 35 different groups now and we had roughly 20 here today for people to come and see – members take on a few hobbies, interests and develop them.

‘That’s what u3a is really about.

‘It was also an opportunity for existing members to get a better look at some of the other groups on offer.’

The u3a or ‘third agers’ is a self-help organisation for people who are retired, semi-retired or no longer in full-time employment; members get together to share learning experiences and pursue educational, creative and leisure activities.

Teign u3a are a group of around 300 actively retired members who live in and around Newton Abbot.

To find out more about Teign u3a of Newton Abbot visit - https://teignu3a.org.uk