Blue is the colour for hotshot Aaron 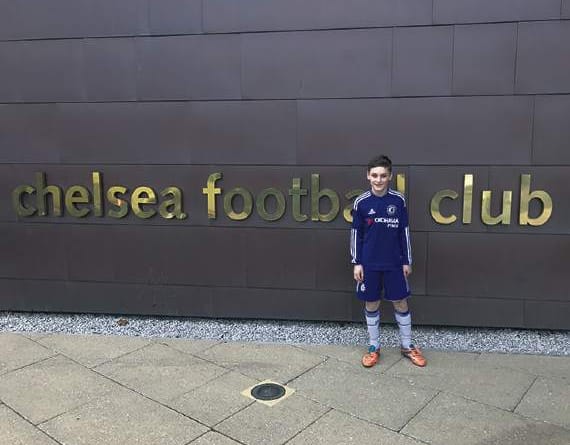 A YOUNG hot-shot from Newton Abbot is turning out for Chelsea tomorrow.

Sure-footed striker Aaron Dodd is a 10-year-old whizz-kid whose dexterous skills have attracted the attention of scouts working for the Premiership’s current high-flyers.

The talented youngster’s goal-scoring talents impressed the professionals as they watched the Rydon Primary School wonder-boy knock in more goals than anyone else during Chelsea’s inter-Academy tournament (pictured) for young hopefuls in Cobham, Surrey.

His six goals – four of them scored in one game – were enough to secure him a place in the club’s creme-de-la-creme academy team at a competition in Warwick this weekend.

And if his net-finding form continues he is likely to get selected for a round of games back in Cobham which will see him line up against contemporaries from Bayern Munich, Real Sociedad and Liverpool.

Aaron plays in the Pioneer League for WBB under-11s and is attached to the Chelsea Academy facility run at South Dartmoor Community College in Ashburton.

Phil is hoping his lad sticks at the game.

‘But you never know. He might get fed up!’ he said.