Actress is our guest of honour 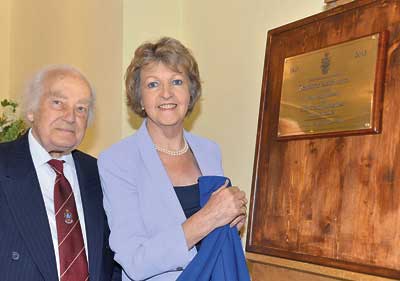 Accompanied by her husband Rodney Timpson, the star of such classic comedies as The Good Life and To The Manor Born was the guest of the newspaper's proprietor, Sir Ray Tindle.

The Newton Abbot-based newspaper, which first hit the streets in 1863 and reaches almost 40,000 readers each Friday attributes its longevity to the longstanding Tindle ethos of hyper-local content.

Sir Ray Tindle founded his 200-plus newspaper titles business in the post-war years with £300 demob money after serving in the Devonshire Regiment. He and Penelope Keith, a former High Sheriff of Surrey, are friends and have undertaken many charitable works together.

Other guests at the celebratory lunch included staff, local dignitaries and the Friends of the Mid-Devon Advertiser series.