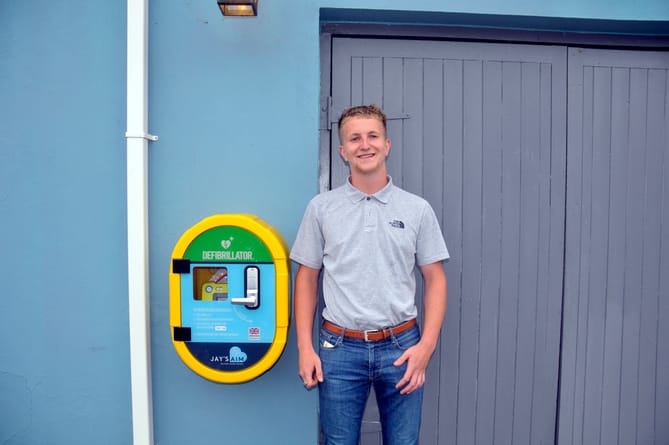 A NEW defibrillator has been installed at The Highweek Inn, Newton Abbot, off the back of a charity event, with much hair shaving included.

In just one month Luke Taylor and many others, such as Stephen Andrews who auctioned off a 4.5kg Toblerone for more than £300, raised more than £3,000 for charity.

The money was split, half went to Rowcroft Hospice and the other half was used to purchase a defibrillator which was installed on the outside of the pub on Thursday, May 19.

Luke participated by having his head shaved, the idea for which came from John Isaacs.

Rob Taylor, Luke’s father, took the plunge also, shaving off his beard for the cause and drumming up more funds in the process.

Luke said: ‘It was everyone who donated and participated that made it all happen – the Highweek community is what made the charity event what it was.’