Figures reveal the number of Plymouth, Torbay and South Devon residents who took their own lives 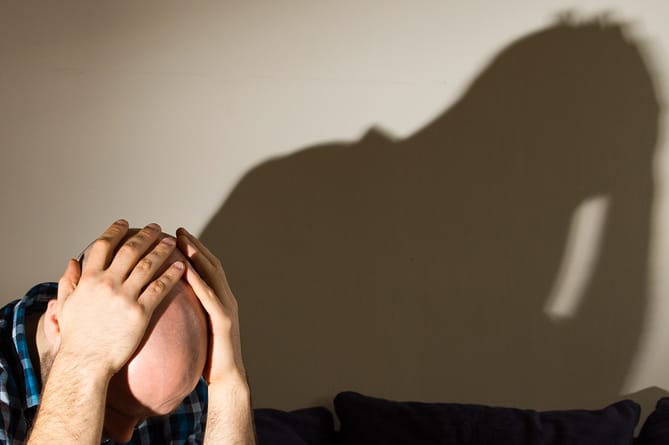 NEW figures show how many South Devon, Plymouth and Torbay residents lost their lives to suicide last year – as a change to the definition coroners use to decide whether somebody took their own life meant more deaths are likely to be included.

Ministry of Justice figures show Plymouth, Torbay and South Devon coroner’s court completed 510 inquests into deaths in 2021 – 61 of which had a conclusion of suicide.

Coroners across England and Wales reached 4,820 suicide conclusions last year – up from 4,475 in 2020 and the highest level since records began in 1995.

News from 50 years ago from the TEIGNMOUTH POST AND GAZETTE

Classic cars lining up this weekend

End of line for hopes to stop hospital closure?

The MoJ said that though the inquests were completed in 2021, some of the deaths may have occurred prior but cases were delayed due to Covid-19 restrictions.

Samaritans said every life lost to suicide is a tragedy that can be prevented, but warned the figures should be treated with caution.

Elizabeth Scowcroft, head of research and evaluation at Samaritans, said: ‘This is due to complexities in the process of determining a certain cause of death and the way that suicides are recorded and reported.

‘Official suicide data provided every year by the Office for National Statistics takes account of these complexities and is more likely to give a truer picture of the number of suicides for any year, and whether the rates are increasing.

‘Their latest figures for 2020 indicate there had been no increase in the early parts of the pandemic, however, we are yet to understand the full impact.’

The charity said a 2018 High Court ruling – which lowered the standard of proof for a suicide verdict – has also meant that more deaths are likely to be classified as suicide.

Meanwhile, there was a 16% annual increase in suicide conclusions for women.

Plymouth, Torbay and South Devon coroners court reached 47 verdicts of suicide for men in 2021, up from 43 the year before.

Mental health charity Mind said not all suicides are mental health related, but a significant proportion of people who take their own lives have been in touch with mental health services.

Paul Spencer, head of health policy and campaigns at Mind, said the Government’s upcoming 10-year mental health plan must include suicide prevention, and a standalone plan to indicate how they will reach their zero suicide ambition.

He also said urgent investment is needed in mental health services, along with greater engagement with organisations and groups that provide local support for mental health in the community.

He added: ‘The 10-year plan must set out how different government departments will work with other agencies to identify and tackle the many factors that can contribute to poor mental health and suicide, including problems with employment, finances, accessing benefits and housing.

The Department of Health and Social Care said it is investing £2.3 billion a year into expanding and transforming mental health services by 2023-24.

A spokeswoman added: ‘We are investing £57 million in suicide prevention through the NHS Long-Term Plan and have committed to developing a new National Suicide Prevention Plan this year, alongside a new 10-year Mental Health and Wellbeing Plan.’

You can contact Samaritans for free at any time on 116 123, or visit www.samaritans.org