Two hurt in crash between motorbike and SUV 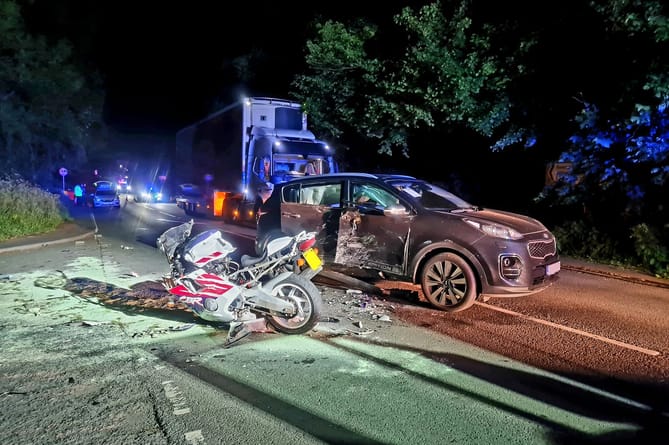 TWO people were hurt, one seriously in a crash in Newton Abbot last night, Tuesday.

Not all about chickpea soup

At shortly before 9.30pm emergency services were told about a two-vehicle road traffic collision involving a Honda Motorcycle and a Kia SUV on Ashburton Road, Newton Abbot.

‘There were two casualties with one who suffered serious injuries.

‘The road was closed to allow for an examination of the scene and recovery of the vehicles.’

Police If you witnessed the incident or have any information or dashcam footage that could help the police with their inquiries, please email [email protected] or call 101, quoting log number 825 of 24/05/22.