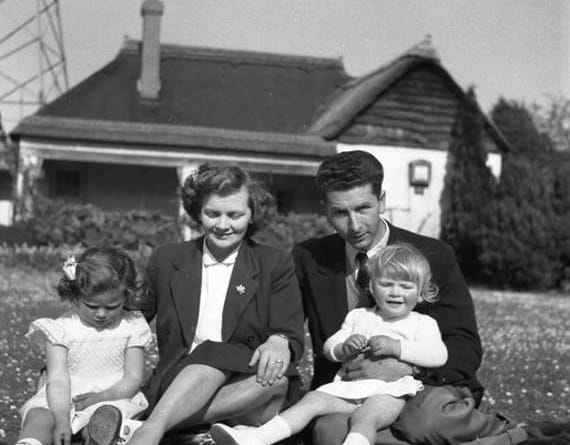 FAMILY MAN: Les Tucker with his wife Doreen and daughters Linda and Marcelle.

FRIENDS and family will be gathering to celebrate the 90th birthday of rugby stalwart Les Tucker.

Les, who was the honorary secretary of the All Whites Rugby Club at Rackerhayes in Kingsteignton, will be 90 tomorrow when he will be the centre of attention at a party being held at Denbury Village Hall.

London-born Les was a wartime evacuee to Bovey Tracey but he remained in Devon, settling in Newton Abbot when he married.

Daughters Linda Dale, a retired headteacher, and Marcelle Milo-Gray, an acclaimed West Country artist from Denbury, have organised the celebrations.

Full story in the Friday, May 25 edition of the Mid-Devon Advertiser.