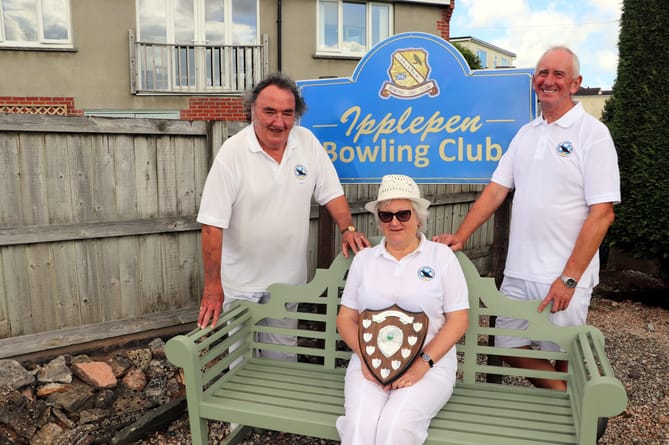 Many years ago a Bowling Shield trophy was given to Ipplepen Bowling Club in memory of Les Wakelyn from his widow Iris and family. Les had been involved with the club from its inception.

INTERVIEW: ‘My only goal is to win’, says Teignbridge bowls star

Since then the annual Wakelyn Shield competition has been held, and so on Saturday, June 11, with the sun shining, Ipplepen players took to the green once again to play this triples competition – with the winners being the team who win their rink with the biggest difference in scores over their opponents.

During the afternoon no-one could guess which team would win, as when it looked like a certain team had started to win, their opponents would make a come-back.

At the end of the afternoon, club captain and competition secretary, David Northwood said that two rinks had a nine-shot difference, but announced that the winners were Malcolm Douglas, Shirley Northwood and himself with an 11-shot difference.

Other bowls matches keeping Ipplepen players busy include all the club’s summer internal competitions, friendly matches against other clubs, and also their gents playing in the South Devon Over 55s league, and other members playing in the new South Devon Mixed Bowling League (SDMBL).

Anyone interested in bowls, either to learn the game or for experienced players, for more information about the club contact the secretary, or you can look at the new website (with grateful thanks to Harry Northwood for working so hard to get this set-up during his spare time from school study) on ipplepenbowlingclub.co.uk.