Cheque for £2,051 presented in Jack’s memory 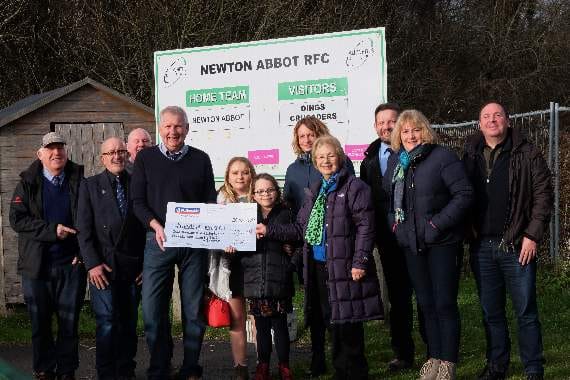 Prior to Newton Abbot All Whites’ home game against Dings Crusaders on January 20, Gareth Thomas, on behalf of the Friends of Newton?Abbot RFC, was presented with a cheque for £2,051.33 by Mary Smith (widow of Jack Smith) and her grandchildren Lara King and Lily-May Venning. The money was collected at the funeral of Jack, who was a former player with the All Whites, a life member at the club as well as a well known and popular referee. Also in the picture are other members of the Smith family, other friends plus representatives of match day sponsors the Jelf Group. Mrs Smith thanked everybody who helped raise such a magnificent amount.