Salter has high hopes for rugby at Newton Abbot College 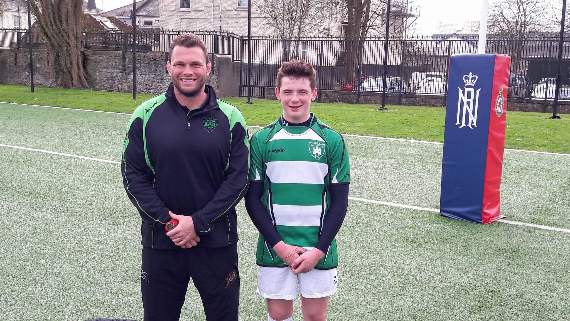 As the youngest Devon coach from a professional club, Salter is looking to bring current tactical approaches and systems to the game to provide the team with the best chances of victory.

The current season saw the county team play in three games against Somerset, Bristol and Cornwall, winning two and losing one.

The teams were chosen from more than 120 hopefuls who attended county trials earlier in the season.

One of the successful players, Year 10 Newton Abbot College student, Josh Day, impressed with his long-range try, securing a move from the B team to the A side for the remaining two matches.

It is talented players like Josh that Jamie is looking to promote.

‘This is a great opportunity to develop up-and-coming players like Josh,’ said Salter.

‘I have a long-term goal of developing the standard of rugby at Newton Abbot College with an aim of supplying more and more student players to the county squad.

‘The hope is that this will, in turn, attract more rugby players to the college. It has been a fantastic opportunity as a coach to give back to the game and promote it throughout our college community and beyond.’